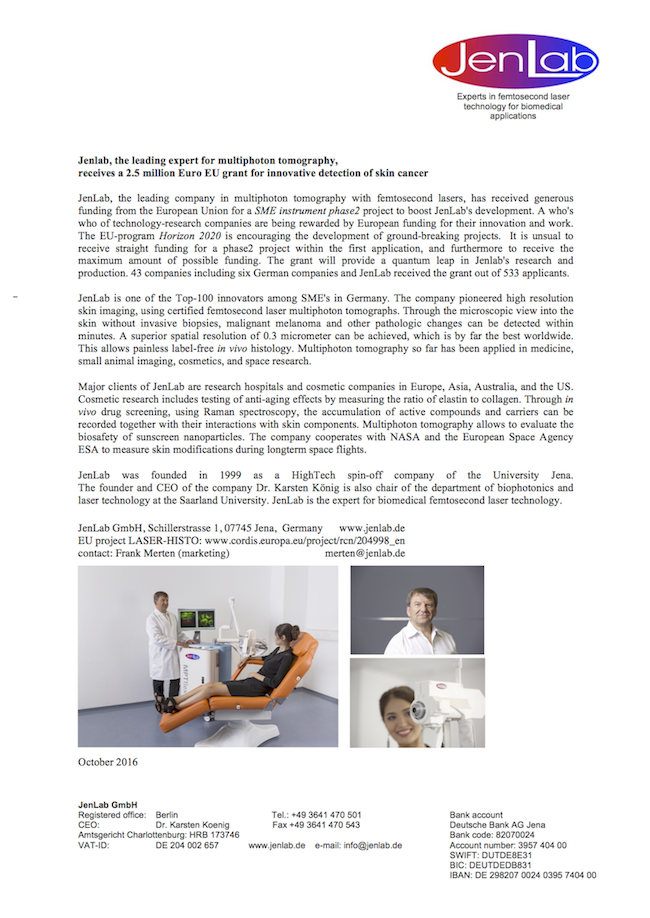 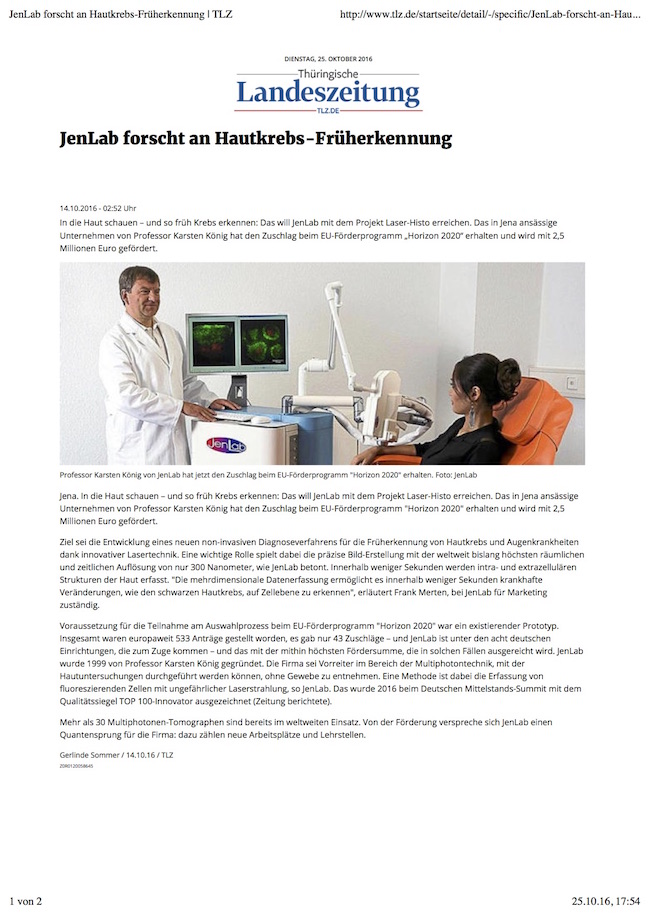 The Johann-Wilhelm-Ritter Award 2016 was presented during the World Cogress International Society for Biophysics and Imaging of the Skin (ISBS) at Lisbon to Rainer Voegeli for his outstanding presentation on Complexity of Facial Skin Hydration Visualized by 3D Color Mapping. The 2.000 € prize was sponsored by JenLab GmbH.

How was Johann Wilhelm Ritter?
When he was just 24 years old, Johann Wilhelm Ritter discovered the ultraviolet radiation in 1801. Becoming increasingly in the crossfire of critical opinions, he lost his reputation as a genius of physics and electrochemistry and died aged 33 as a poor man. 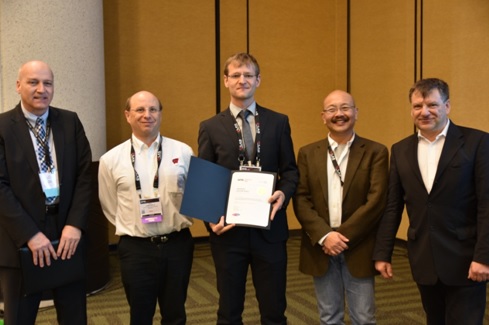 The members of the Review Committee have chosen two finalists among the applicants:

Both finalists presented their work as oral presentation during the Multiphoton Microscopy Conference. Prof. Karsten König, president of the company JenLab GmbH, chaired the award ceremony.